Charles Edward Anderson Berry (born October 18, 1926), better known as Chuck Berry, is a highly influential American guitarist, singer and composer. Berry was born in St. Louis, Missouri and was part of the first group to be inducted into the new Rock and Roll Hall of Fame on its opening in 1986.

While there is debate about who recorded the first rock and roll record, Chuck Berry's early recordings, including "Maybellene" (1955) fully synthesized the rock and roll form, combining blues and country music with teenaged lyrics about girls and cars, with impeccable diction alongside distinctive electric guitar solos and an energetic stage persona. Chuck Berry also popularized use of the boogie in rock and roll.

The Equipment (from Gunt)

On his early days Chuck used a Gibson 350ET with P90 single coil pickups but since 1957 with Humbucker pickups, later Gibson ES330 and mostly Gibson ES355 guitars. For years uptil now, while on tour, he uses two Fender Dual Showman for his ES355. His first amp was an Epiphone, later he used mostly Fender but less frequently also Orange Top amps. All this amps were Tube based.

Chuck Berry is famous for his two-note chords (also often called Double Stops). He used this technique in his intros and solo play. He also often uses the Blues-Shuffle Rythm for the verses.

Listen to mp3 of the intros

I have here three of his famous intro licks he used in songs like "Roll over Beethoven", "Back in the USA" and of course "Johnny B. Goode". 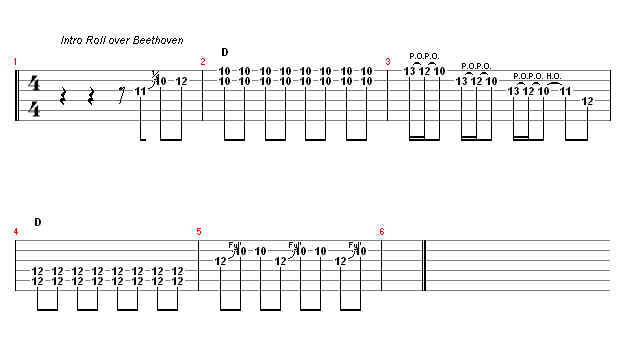 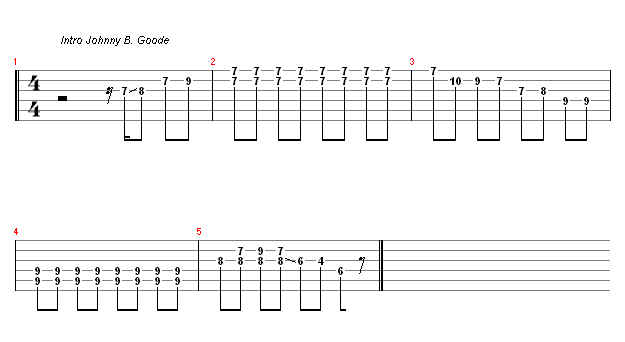 For your practice of his solo style I have two typical solos for you, both in the key of D.

Listen to mp3 of the two solos 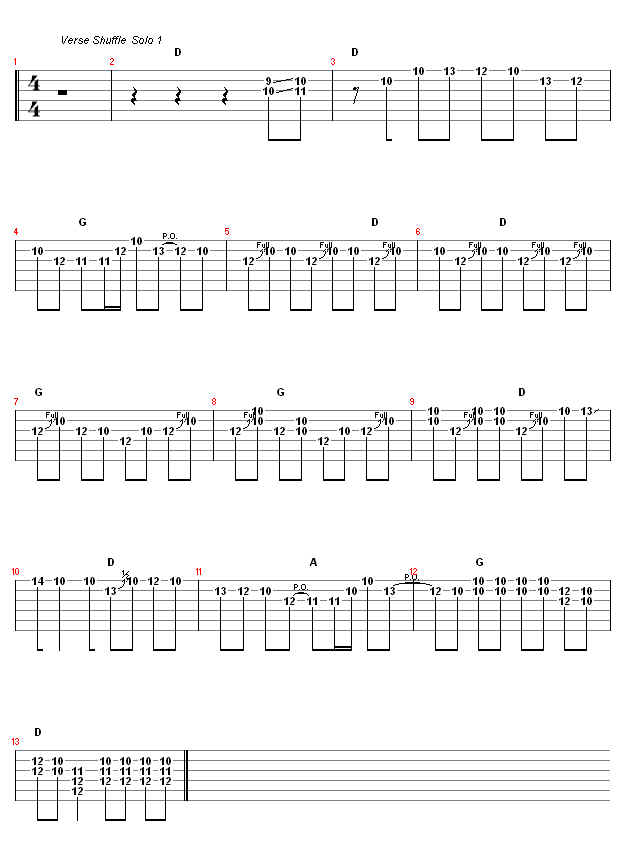 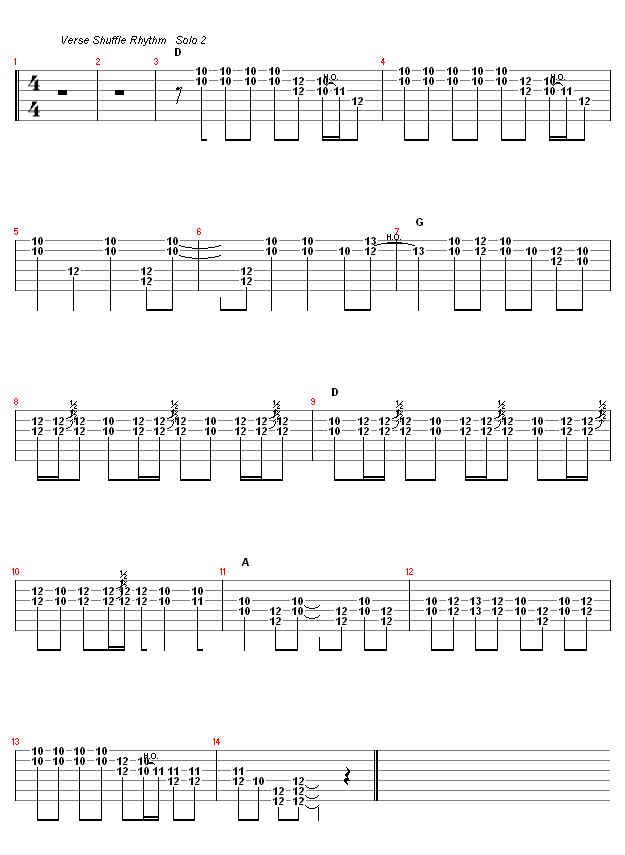 Learn to play Blues the easy way
This guitar course (about 70 pages) is especially written for people who are quite new to playing guitar.

Here you will find all you need to learn how to play the Blues:

* All beginner lessons are included in this ebook!
* You start from the first 12-bar-Blues to your first Blues solo licks.
* You´ll learn about Blues chords, the Blues scale, bendings, vibratos, slide guitar and much more!
...more Information